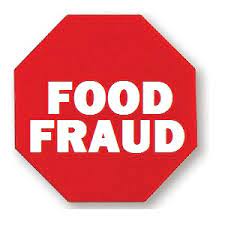 Food adulteration is as old as commerce itself. However, modern food supply chains have significantly increased opportunities for it to occur. Adulteration is a legal term meaning that a food product fails to meet the legal regulatory standards. However, food adulteration (or food fraud) does not have a universally accepted definition. The European Union defines it as “any suspected intentional action by businesses or individuals for the purpose of deceiving purchasers and gaining undue advantage therefrom, in violation of the rules referred to in Article 1(2) of Regulation (EU) 2017/625 (the agri-food chain legislation)”. They may constitute a risk to human, animal or plant health, to animal welfare or to the environment as regards GMOs and plant protection products although they generally do not.

Although it is difficult to quantify the impact of food adulteration and fraud, estimates of the annual global trade in such products range from €5 billion to €35 billion annually.

Activities that may be classified as food adulteration or food fraud include:

This activity is often carried out for financial gain. It can be carried out at different points in the supply chain, by individuals, businesses or criminal organizations. For example, in 2019, Europol reported that an organised crime group in Germany had made approximately €8 million a year by selling sunflower oil labelled as extra virgin olive oil. Some of the drivers that contribute to or facilitate food adulteration or fraud include:

A study published in the Journal of Food Protection found that the 10 most adulterated foods worldwide were:

There are many examples of adulteration worldwide. Here are just some of them:

There are many more examples worldwide of food fraud.

Let us look at the top three food adulterations worldwide in more detail.

Olive oil, and in particular, extra virgin olive oil’s (EVOO) high value and position as a healthy product have made it a popular target of fraud. The Joint Research Center (JRC), an internal scientific EU service, found the most prevalent types of olive oil fraud. Between September 2016 and December 2019, the JRC recorded 32 cases of fraud in the global olive oil industry.

Over 60% of the cases occurred in Europe. The most common infringement practices were marketing virgin olive oil as extra virgin and selling blended olive and vegetable oils as pure olive oil.

Olive oil fraud usually includes dilution and substitution. Here are some recent examples of this type of fraud:

Although this is deceptive (and considered as food fraud), there are seldom any health-related issues for consumers when olive oil is mixed with vegetable oils. Furthermore, the consumers are not getting the health and medical benefits from extra virgin olive oil which is, of course, what they are expecting.

Another factor is the relatively high quality of the virgin and lampante or pomace olive oils produced in the EU, which makes them easier to blend with extra virgin olive oils and sell very profitably as extra virgin.

However, the EU’s existing regulatory and control framework has resulted in significantly improved olive oil quality.

The adulteration of milk has been around for centuries. One of the oldest and simplest forms of milk fraud is through the addition of water to increase its volume for greater profit. This can substantially decrease the nutritional value of milk. And if the added water is contaminated there is a risk to human health. For infants and children this may be a serious concern as they are more vulnerable given their critical stage of growth and development. They are also dependent on milk products for supplies of vital nutrients. Fraudulent milk poses a serious health risk to infants.

Although the vast majority of fraud cases do not pose a public health risk, there have been fraud cases that have caused extensive illness. Probably the most widely cited high-profile case involved the addition of melamine to milk-based products to artificially inflate protein values in China. In 2008, it was reported that melamine-contaminated baby formula had sickened an estimated 300,000 Chinese infants with symptoms of irritability, dysuria, urination difficulties, renal colic, hematuria, or kidney stone passage. Hypertension, edema, or oliguria also occurred in more severe cases. It resulted in 6 deaths.

A range of cheaper adulterants may be added to diluted milk to increase the thickness and viscosity of the milk, to maintain the composition of fat, carbohydrate and/or protein and/or to increase shelf-life. They include reconstituted milk powder, rice flour, starch, urea, glucose, salt, vegetable oil, animal fat, and whey powder. Other more hazardous adulterants including formalin, hydrogen peroxide, caustic soda, and detergents. Some of these adulterants have the potential to cause serious health-related problems.

The global market value of honey was worth an estimated US$6.6 billion in 2015, which is one of the reasons it is the third most adulterated food in the world, only behind olive oil and milk.

Honey can be adulterated with many other sweeteners e.g. high fructose corn syrup, corn syrup, sugar, fructose and others. It is sometimes sold as “honey sauce” or “honey syrups” which is quite legal as long as the ingredients are clearly specified and it is clear that it is not 100% honey. These ingredients are added, of course, because all of them cost considerably less than honey – especially compared to raw honey and the other high grade honey varieties. These adulterated products have no nutritional value at all and have no active ingredients. Hence all the health benefits of a pure raw honey are absent and, in fact, these adulterated products are actually unhealthy for the consumers.

According to research commissioned by US Food Safety News, up to 76% of honey found in the US is either fake honey, or has been processed to the point that the many food laws around the world would prevent them from being labelled as honey.

The US is not alone. A research study which used carbon isotope ratios and trace elements looked at 100 samples from 18 countries found that 52% of Asian samples were adulterated and 29% from Europe were also adulterated. In India, 77% of tested honey samples by the CSE (Centre for Science and Environment) found them to be adulterated with sugar syrup.

Honey adulteration scam explained: its origins and what it means for you.

The higher the market price of a particular type of honey, the more likely it is to find adulterated products. For example, Australia and New Zealand´s Manuka honey is a very commonly adulterated honey because of its premium price based on its claimed health-related benefits. The annual production of Manuka honey is only 1,700 tons while it is estimated that as much as 10,000 tons of Manuka honey is sold globally each year, which means less than 20% is authentic Manuka honey.

Furthermore, there are many cases where the product started out as natural honey, but it has been processed to the point that the only parts left of its natural state are the sticky texture and the sweetness. All the useful nutrients and active ingredients have been destroyed by the industrial processing. These cases are not food adulteration unless the honey is labelled as raw honey.