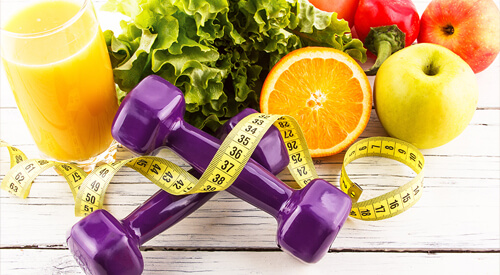 We spend our lives looking for solutions when, quite often, we have the answer right under our own noses. Something as simple as eating!

We are fascinated and blinded by “wellness”, “weight loss magic” or the latest miracle diet of the month pushed by self-proclaimed gurus or clever marketing companies. The hooks are invariably the same: “loss weight in time for the summer”, “only X weeks with Y diet will make you look like this” or something similar. It never ceases to amaze how easy it is to mislead and manipulate people. To make matters worse, usually the weight loss (if it hasn´t been put back after a few months) is at the expense of one´s health.

So what should we do to lose weight (and keep our health intact)? Should we try, say, intermittent fasting (IF)? Or do we subscribe to the paleo(lithic) diet and eat as our (distant) ancestors did a long, long time ago? Or should we follow the Mediterranean diet doing away with processed food, sugar, unhealthy fats and the like?

The answer to all these questions should be obvious: go to a nutritionist and get personal advice on, firstly, whether we really need to lose weight and how much. Secondly, assuming we do need to lose weight, to get a personalized diet plan.

But if you don´t want to do that (or don´t have the time), a group of scientists from the University of Otaga (New Zealand) published a study last December in which we are given several very useful clues about what we should do about our diet.

THE EXPERIMENT AND RESULTS

To carry out their research, the scientists selected 250 subjects who were somewhat overweight (but in good health) and invited them to select one of these three star diets: intermittent fasting, paleo or Mediterranean.

They compared the evolution of each subject over 12 months, using as a reference the calories burned daily (which accounted for an application), the weight and the proportion of fat (measured both at the beginning and at the end of the experiment).

They observed that only between 35% and 57% of the participants, depending on the diet they had selected, had been able to maintain their diet throughout the year.

Although everyone experienced small losses of weight and fatty tissue, they found that the diet had been clearly more effective in some specific cases.

As expected, those who opted for intermittent fasting (the most common form was dividing each day into 16 hours of fasting and eight for eating) managed to lose weight much faster than the rest. However, the researchers found that maintaining it over time proved to be a greater challenge than to follow a Mediterranean diet.

A lot of fruit, vegetables, whole grains, nuts, olive oil seeds combined with a moderate intake of fish, eggs, poultry and dairy products formed the basis of the Mediterranean diet. These subjects were also allowed to have red meat once a week (at most) and drink a glass of wine daily. On their list of forbidden foods were processed foods (which were the most difficult to avoid), butter and soft drinks. Subjects on the Mediterranean plan were able to follow it for 365 days.

Finally, those who chose paleo (which prioritizes the consumption of lean meats, fish, eggs, organic dairy, fruits, vegetables, nuts or seeds and excludes grain, such as wheat, rice, corn or oats) did not have difficulties following it over time however they were the ones who lost the least amount of weight.

The researchers at the University of Otaga concluded that, although intermittent fasting helps us lose more weight and faster, the Mediterranean diet (named the best in the world of 2020 by US News & World Report) help us both to maintain our ideal weight and is much easier to follow throughout our lifetime.

Most Mediterranean diets will bring huge benefits to one´s overall health. But two have a very high ranking according to Bloomberg´s Healthiest Country Index.

According to the 2019 edition of the Bloomberg Healthiest Country Index, Spain is the healthiest nation on Earth. It scored 92.8 out of 100 and the Mediterranean diet is, of course, a key reason. The index evaluates the quality of different factors that contribute to guaranteeing well-being in 169 states such as eating habits, the health system, life expectancy, smoking, obesity, the environment and other health related factors. It is followed by Italy. Further behind are Iceland, Japan, Switzerland, Sweden, Australia, Singapore, Norway and Israel in a ranking where you have to go to 35th position to find the United States.

Actually Spain has one of the highest life expectancies at birth in the world, according to United Nations data. By 2040, Spain is forecast to have the highest lifespan, at almost 86 years, followed by Japan, Singapore and Switzerland, according to the University of Washington’s Institute for Health Metrics and Evaluation.